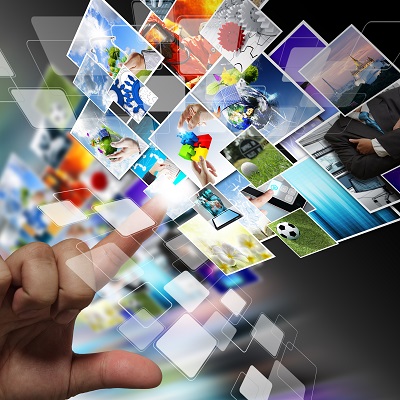 Your website is an integral part of your company strategy to attract attention in markets anywhere in the world. It is the first port of call for anyone trying to find information about your company, so needs to make the best possible impression from the first glance.

The Internet makes global marketing of products and services so much easier, but companies in English-speaking countries are not, on the whole, making enough effort to communicate internationally. By being forward-thinking and localising your website to reach the overseas markets you most want to succeed in, you can gain market share and muscle your competitors out. Sounds appealing, doesn’t it?

Localisation is the adaptation of products and materials for a particular market. It includes, but is not limited to, the translation of text into the relevant language(s) for the market in question.

Localisation goes beyond a direct translation, taking into account conventions and preferences specific to each country – for example, currencies and measurements.  It also involves considering cultural differences and adapting images, graphics and sometimes even the layout of a page to suit the target audience.

Addressing your potential international customers in their native language maximises your marketing efforts and shows that your company is interested in them and their culture. Online customers are 4 times more likely to buy from a website in their own language, so companies who have multilingual websites soon reap the rewards.

Why can’t I just leave it in English?

At the start of the 21st century, English accounted for the majority of website content. However, in the last ten years there has been a marked shift, with several other key languages such as Spanish and Chinese coming to the fore and quickly superseding English as the most widely used languages on the web.

Businesses are increasingly finding that being a ‘dot com’ is no longer enough. Greater advances in technology and marketing expectations mean that people expect companies to communicate with them in their own language – this applies both for business-to-consumer and business-to-business alike. Now, 73% of all internet traffic is from non-English speaking countries, with less than 30% of global internet users having English as their first language.

Winning business in foreign markets is more important now than ever before but the message and strategy must be right. A simple translation is often not enough – the design, imagery and style of a website, or any communicative material, needs to be tailored to appeal to each individual country or market. The promotion of a website and the entire marketing approach should also be considered, as these are likely to be different from one country to another.

What are the benefits of localising?

Besides the immediate boost to sales generated by localising your website for foreign markets, there is significant long-term value in reaching out to customers in multiple languages. A multilingual website is an excellent way to test new markets and open the door to international trade. Having a fully localised website shows appreciation and respect towards a foreign culture, and ensures that you can be found in the most popular search engines in each specified market, country or language.

If budgets are tight, or you want to target several new markets simultaneously, you don’t need to invest in localising your whole website at once, however. Even with just a couple of key pages localised for each country, you will gain traffic, enquiries and interest, and boost your search engine rankings in that country.

Don’t be tempted to use a machine translation, such as Google Translate. Although these free services are extremely useful for getting a basic understanding of foreign text, they are not adequate for translating marketing text – i.e. copy that has been carefully crafted to persuade and sell to its readers. For that you will need a human being, and one who is an experienced translator who only works into their mother tongue. If your budget is tight, then reduce the amount of text you intend to translate at this stage; compromise on quantity rather than quality.

Many businesses in the UK are slow to adopt foreign languages: those that do embrace the global marketplace see the benefits almost immediately. An international website adds prestige to your business and will make you stand out, head and shoulders above competitors.

Offering a multilingual site will not only provide a short-term competitive advantage, but also stand your company in good stead for the future, when multilingual websites become the rule and not the exception.