Language variants and why they’re essential for export success: An Introduction

Why choosing the correct language variants is important for your business

If you’re a Brit, you can likely think of a couple of instances in the past where you’ve watched an American-made film or TV programme and momentarily furrowed your brows on hearing a character mention ‘faucets’, ‘sidewalks’ or ‘elevators’, or on seeing text pop up on-screen with ‘zeds’ (or should that be ‘zees’?) instead of ‘s’s.  Chances are, you thought you understood what was being said, and didn’t dwell on it.  And yes, while the big differences between British and American English are generally understood on both sides of the pond, when less-frequently used words crop up, it can lead to a lack of understanding.  (Ask your American friends how they would define penultimate, cashpoint, doddle, kip, plonk etc… )

However more importantly, when words are used that are the same, but have different meanings, serious misunderstandings can occur. For example, when an American says something is ‘quite pretty’, they mean it’s ‘very pretty’. A British English speaker would understand this as ‘somewhat’ or ‘moderately’ pretty.

Sometimes, both Americans and Brits think they understand each other perfectly, when in fact, they are working from divergent, latent assumptions in meaning.

So while both countries do speak the same language in theory, differences between UK and US English are hard to ignore and can, albeit briefly, hamper understanding, almost as if they’re two separate languages. This is by no means a criticism: variety is of course the spice of life, and exploring the differences between all the variants of English from historical, geographical and cultural perspectives is a stimulating thing to do!

However, in a commercial context, reading marketing material in a variant of English that isn’t your own can be off-putting, rather than intriguing, as you feel that your background (and consequently you as a person) hasn’t been taken into consideration. What shouldn’t come as a surprise is that this same pitfall can occur in many different languages around the world, and sometimes to a more serious extent.

It makes business sense to target your desired international audience properly with the language variant that’s suitable to their country.

Not only will your customers feel fully appreciated and that their individual needs are being catered for, but you will also avoid any embarrassing faux-pas that could negatively impact your brand image. As we will see in this series of blog posts, using the wrong language variant can not only cause confusion, but also offence.

Using guidance and anecdotes from some of our skilled linguists, we will explore the differences between variants of 7 widely-spoken languages with interesting and sometimes silly examples, so that you are thoroughly convinced (if you weren’t already) that using the correct language variants for your target markets is the way to go.

We’d love to hear from you about this topic, so please do get in touch! 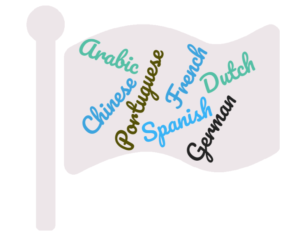 Many thanks go to the wonderful Jack, Ellen, Karin, Marwa, Tamer, Sharlene, Clarice, Juliana, Brigith and others for their invaluable contributions to this series of blog posts!