Why do we think that language affects personality? 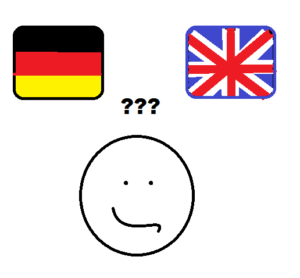 One of the major misconceptions about languages and translation is the presumed presence of direct equivalents. I’ve lost count of the number of times I’ve been asked ‘what’s the German word for …?’ and had to answer ‘well, there isn’t one’ or ‘How would you say … in German?’ ‘you wouldn’t – at least not in that context’.

Indeed, for anyone who speaks two languages it often becomes glaringly apparent that their two chosen vernaculars don’t allow them to express themselves in exactly the same way. Generally, this is a great thing; how dull would things be without variety? Yet this observation lends weight to a rather controversial argument: that languages may actually shape the way we see the world and the way we interact with it.

This argument has been around in academia for centuries. Called ‘Linguistic Relativity’ it relies upon two basic principles: firstly, a person’s language affects their thought. And secondly, that differences between languages mean that people think differently depending on which language(s) they speak.

It’s an attractive idea for all sorts of reasons and plenty of research has been done on it. Examples include colour perception tests (it has been found that different languages split up the colour spectrum differently) and tests to demonstrate cognitive abilities such as recognising different moods. The trouble is, these tests – by and large – haven’t concluded that speakers of different languages think differently by virtue of their different languages. If any results have initially pointed towards such a conclusion, then further investigation tends to eliminate it.

World views aside, it does still appear be a widely accepted belief that the language (or languages) you speak directly affect your personality – if not internally, then certainly in the way that you express yourself to others. Sure, you could put this down to cultural tradition rather than language, but this wouldn’t explain why speakers of foreign languages often recognise a difference in the way they come across depending on which language they’re speaking. After all, a speaker of a foreign language doesn’t necessarily know a lot about the cultural tradition of that country, and if they do, it’s not necessarily intuitive to them.

Essentially the speakers of a language want a system that allows them to communicate and express themselves in the manner that they are accustomed to. Languages are constantly evolving to better reflect national sentiment and cultural norms: take the recent loss of the circumflex in French or the (partial) embracing of ‘youth words’ and ‘Denglish’ in Germany. If there’s enough desire for a language to change in some way, then it’ll happen; languages belong to the people after all.

So then, if you find yourself expressing different personality traits in one language in comparison to another, this could be due to cultural-specific vocabulary or grammatical differences. However, these things came about as a result of the development of a culture, and as such, your thoughts are not so much shaped by the words themselves, but by the influence and traditions that they are based upon. This, in turn, might suggest why some countries (I’m looking at France again) are so protective of their language, and why it would be a travesty to lose other languages at the expense of the increased expansion of English.