Language variants and why they’re essential for export success: Dutch

In our last post on language variants, we promised to look at 7 languages spoken across national or geographic borders, to see if there really is a noticeable difference that will impact the localisation of translated texts.

The first language we are tackling is Dutch.

Dutch is the sole official language of the Netherlands, and one of three official languages in Belgium, where it’s the primary language of around 60% of the population. Dutch is also widely spoken in Suriname, Aruba, Curaçao and Sint Maarten. In Southern Africa, the Cape Dutch dialects evolved into Afrikaans, which has been described as a mutually intelligible daughter language of Dutch. More than 90% of Afrikaans’ vocabulary is of Dutch origin, and the written languages are mutually intelligible, but it cannot be classified as ‘Dutch’ as it has veered too far from the original, and is no longer a ‘variant’. More statistical info on Dutch dialects is available from Wikipedia.

Let’s look at the key areas where Dutch is spoken: the Netherlands and Belgium.

The difference between Dutch in the Netherlands and Dutch in Belgium (a.k.a. Flemish, or ‘Vlaams’) is very similar to that of UK/US English; YouTube teachers Tom Faes and Bart de Pau explain that for the most part you can make yourself understood and that contrast mainly lies in the accent when Dutch speakers talk. And yet…

Watch your tone
Our Dutch-speaking linguists from both countries have explained that the Dutch used in Belgium can sound a bit too ‘formal’ for Netherlands dwellers. For example, the Netherlands translation for ‘Please contact us’ is ‘Neem contact met ons op’ or ‘Contact opnemen’, whereas Belgians make use of the word ‘Gelieve’ – perceived as old-fashioned in the Netherlands – when expressing this (‘Gelieve contact met ons op te nemen’ or ‘Gelieve ons te contacteren’).

Any incorrect use of Dutch variants could therefore make an advert or web content look overly prim to a Netherlands audience, or blunt and impolite to those in Belgium.

No walking by the pool
While some Americanisms and Anglicisms are (eventually) understood by other English speakers regardless of their location, no doubt due to the global popularity of both US and UK film and TV, certain words in one Dutch-speaking country can leave those in another completely stumped, Nana van de Poel explains.

One of our favourite examples of this is for ‘orange juice’ which Belgians call ‘fruitsap’ and the Dutch call ‘jus d’orange’, like the French! There are probably various ‘juicy’ theories as to why Flemish speakers chose not to follow their French-speaking neighbours with this lingo as well… 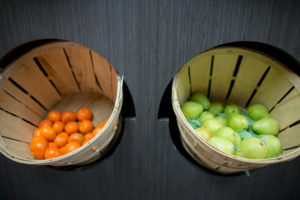 Another example of this that sticks out for one of our translators can be found in Belgian swimming pools: signs bearing ‘Niet lopen’ are a common sight in order to instruct swimmers not to run by the pool, yet ‘lopen’ doesn’t mean ‘run’ in the Netherlands, but ‘walk’. Visitors from the Netherlands would no doubt be confused as to why they’re apparently not allowed near the pool they’ve chosen to come to!

The verdict?
It makes sense to localise marketing texts for either the Netherlands or Belgium; a ‘one size fits all’ approach to Dutch variants won’t work well.